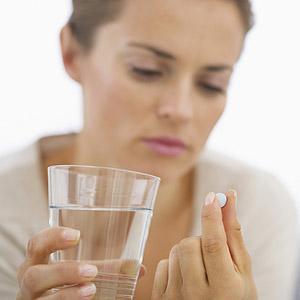 Narcotics have long played an important role in easing severe pain caused by disease, trauma or treatment. Healthcare professionals, including dentists, continue to prescribe them as a matter of course.

But narcotics are also addictive and can be dangerous if abused. Although addictions often arise from using illegal drugs like heroin, they can begin with prescriptive narcotics like morphine or oxycodone that were initially used by patients for legitimate reasons.

As a result, many healthcare providers are looking for alternatives to narcotics and new protocols for pain management. This has led to an emerging approach among dentists to use non-addictive non-steroidal anti-inflammatory drugs (NSAIDs) as their first choice for pain management, reserving narcotics for more acute situations.

Routinely used by the public to reduce mild to moderate pain, NSAIDs like acetaminophen, ibuprofen or aspirin have also been found to be effective for managing pain after many dental procedures or minor surgeries. NSAIDs also have fewer side effects than narcotics, and most can be obtained without a prescription.

Dentists have also found that alternating ibuprofen and acetaminophen can greatly increase the pain relief effect. As such, they can be used for many more after-care situations for which narcotics would have been previously prescribed. Using combined usage, dentists can further limit the use of narcotics to only the most severe pain situations.

Research from the early 2010s backs up this new approach. A study published in the Journal of the American Dental Association (JADA) concluded that patients receiving this combined ibuprofen/acetaminophen usage fared better than those only receiving either one individually. The method could also match the relief power of narcotics in after care for a wide range of procedures.

The NSAID approach is growing in popularity, but it hasn't yet displaced the first-line use of narcotics by dental professionals. The hesitancy to adopt the newer approach is fueled as much by patients, who worry it won't be as adequate as narcotics to manage their pain after dental work, as with dentists.

But as more patients experience effective results after dental work with NSAIDs alone, the new approach should gain even more momentum. And in the end, it promises to be a safer way to manage pain.

If you would like more information on dental pain management, please contact us or schedule an appointment for a consultation. You can also learn more about this topic by reading the Dear Doctor magazine article “Are Opioids (Narcotics) the Best Way to Manage Dental Pain?”

The Causes of Chronic Jaw Pain Might Be Similar To Fibromyalgia

Chronic joint pain (temporomandibular joint disorder or TMD) in and of itself can make life miserable. But TMD may not be the only debilitating condition you're contending with—it's quite common for TMD patients to also suffer from fibromyalgia.

Tara Lipinski loves to smile. And for good reason: The Olympic-gold medalist has enjoyed a spectacular career in ladies' figure skating.

If you've ever had a run-in with cavities, you know the drill (no pun intended): After getting a local anesthetic for pain, the dentist removes any decayed dental tissue, as well as some healthy tissue, and then fills the cavity to restore the tooth.

Include These Important Nutrients on Your Dinner Plate for Stronger, Healthier Teeth

“Personalize Your Plate” is the theme for this year's National Nutrition Month in March, sponsored by the Academy of Nutrition and Dietetics. It means there isn't a single diet for all of us: We're each unique with differing body types and tastes, ...

Tom Brady and Gisele Bundchen: A Celebrity Couple's Secrets for a Beautiful Smile

How Long Is the Implant Process? It Depends on Your Bone Health

If you're thinking about getting dental implants, you may be curious about how long it might take. The answer depends on the health of your supporting bone.